It’s 2-year-old showcase weekend at Saratoga and Del Mar, with top trainers sending out what they hope will turn into promising contenders for the 2022 Triple Crown.

Throw in the $1 million Jockey Club Gold Cup (G1) and the $600,000 Flower Bowl Invitational (G1), a pair of Breeders’ Cup “Win and You’re In’’ races the Spa, plus a $1 million race at Kentucky Downs (WinStar Mint Million), and you’ve got a potpourri of wagering options on dirt, turf, at the classic 1 ¼-mile distance and at 7 furlongs for 2-year-old colts and fillies.

TVG will televise live racing from several tracks, including Del Mar from Saturday-Monday.

Here’s a brief look at the races:

War Like Goddess is the 4-5 favorite in a field of seven with the winner earning an all-fees berth into the Breeders’ Cup Filly & Mare Turf (G1) on Nov. 6.

A winner in 5-of-6 career starts for Hall of Fame trainer Bill Mott, the 4-year-old daughter of English Channel comes into the race off a 3 ¼-length victory in the Glens Falls (G2) at the Spa on Aug. 7.

Chad Brown’s Great Island (Matchmaker Stakes winner) is the 4-1 second choice, and My Sister Nat and La Signare are both 5-1.

“It’s all a test, right? These are tough horses, but the goal is to try and win a Grade 1 with her,” Mott said. “She’s done quite well and handled every step so far, so we hope she move another step forward and accomplish this.” 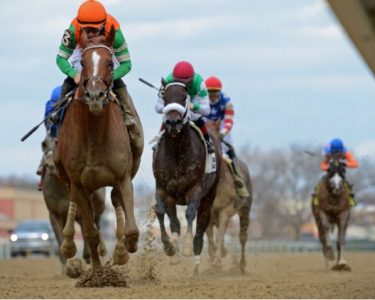 Forza Di Oro is the slight 8-5 favorite over 9-5 Happy Saver in a field of six, with the winner gaining an all-fees trip to the Breeders’ Cup Classic (G1) on Nov. 6.

Happy Saver, trained by Todd Pletcher, won last year’s edition and seeks to become the 11th horse to win this prestigious race twice in a row.

The JCGC has been won by some of the greatest horses in history, including Triple Crown winners Gallant Fox, Whirlaway, Citation, and Affirmed, as well as Man ‘o War, Hill Prince, Sword Dancer, Buckpasser, Damascus, Forego, John Henry, Easy Goer, and Cigar. Kelso won the JCGC a record five years in a row from 1960-64.

Happy Saver comes into the race off a third-place finish in the Suburban (G2) on July 3 over a sloppy and sealed track and makes his third start of the year. He had won four in a row before the first defeat of his career.

He was beaten that day by Max Player, the 5-2 third choice in the JCGC for trainer Steve Asmussen. With his Suburban (G2) win, Max Player has already earned a spot in the BC Classic.

Forza Di Oro won his first start for trainer Bill Mott on July 21 and has an overall record of 6-4-1-0.

Souper Sensational is the 6-5 favorite in a six-horse field, with Oxana the 3-1 second choice. Trained by Mark Casse, the daughter of Curlin won the Victory Ride (G3) in July and ran a distant second in the Test (G1) on Aug. 7.

Public Sector, trained by Chad Brown, is the 7-5 favorite in a field of six, with Never Surprised the 8-5 second choice for trainer Todd Pletcher.

Public Sector, with Irad Ortiz, Jr., in the irons, comes into the race off a win in the National Museum and Racing Hall of Fame Stakes (G2) on Aug. 6. Never Surprised makes his first start since running second in the Kitten’s Joy (G3) in January. 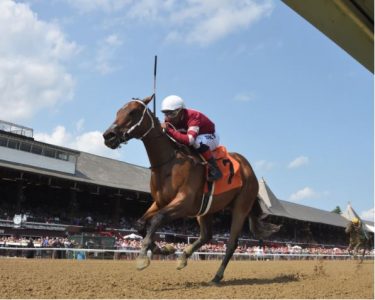 A daughter of Gun Runner, Echo Zulu is trained by Steve Asmussen, and will be ridden by Ricardo Santana, Jr., leaving from post 3.

Saratoga’s leading rider Luis Saez has the call aboard Pretty Birdie from post 5.

L’Imperator, a four-time winner for trainer Chad Brown, steps up in class for this one and tops a field of five, including a pair from trainer Todd Pletcher – En Wye Cee and No Word.

Irad Ortiz, Jr., a two-time winner of the Bernard Baruch, will be aboard L’Imperator. 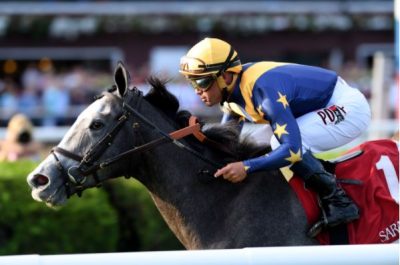 Bob Baffert-trained Hudson Ridge is the 9-2 favorite in a field of 13, with Sword Zero the 5-1 second choice for trainer John Sadler.

Phil D’Amato-trained Elm Drive is the slight 5-2 favorite over Eda and Dance to the Music (both at 3-1) in this field of eight. Baffert also sends out Grace Adler. Baffert is tied with D. Wayne Lukas for most Debutante wins with nine – Baffert won the last two, with Princess Noor in 2020 and Bast in 2019. 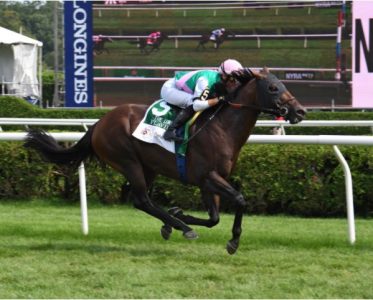 Of course, Bob Baffert has a pair for 2-year-olds for this one — Pinehurst and Murray. Murray’s career debut was a 10 ¾-length romp at Del Mar on July 25, while Pinehurst won his debut by a half-length at Del Mar on Aug. 1. Mark Casse-trained Pappacap – 2-for-2 – is also in the field of six.

It’s a $1 million race on turf, so it’s not hard to figure out trainer Chad Brown will send out the 9-5 favorite Flavius in the field of 11. Flavius comes into the race off a victory in the Lure Stakes at the Spa on Aug. 7. The 6-year-old will be ridden by Hall of Famer Javier Castellano.

Somelikeithotbrown is the 5-2 second choice after finishing second in the Wise Dan (G2) at Churchill Downs on June 26.