There’s no new date for the Preakness Stakes (G1) yet, but the Maryland Jockey Club and The Stronach Group said they’re “continuing to work with our key stakeholders to explore all options to set a new date for the running of Preakness 145. 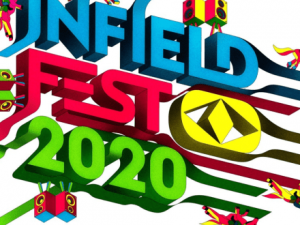 Translated, the Preakness is off for May 16 as most expected, but no official announcement has come from the MJC or TSG, which owns Pimlico Race Course in Baltimore, Maryland. What became official Friday is the cancellation of the popular InfieldFest on Preakness day — a music and food festival that draws tens of thousands of fans.

The updates announced Friday come amid the coronavirus pandemic.

“Our first priority in these difficult times is the health and well-being of our customers, our vendors, our employees and the horses we all love,’’ the joint news release said. “A decision will be made on a new date for Preakness 145 and will take into consideration all of the recommended best practices from local and governmental health authorities to protect our community.’’

The Kentucky Derby (G1), the first leg of the Triple Crown, was canceled a few weeks ago and rescheduled from May 2 to Sept. 5. At that time, the communications director for Maryland Gov. Larry Hogan posted on Twitter that the governor’s office is “in active discussions to postpone the Preakness Stakes until September.”

What date the Preakness will be rescheduled to remains to be seen. The same goes for the Belmont Stakes.

InfieldFest, though, is off the table. Those who bought tickets have options, including a refund, or transferring the ticket to either next year’s InfieldFest or a seated ticket.