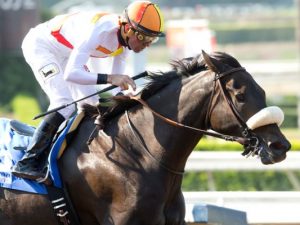 The annual three-week summer thoroughbred season at Los Alamitos gets underway on Saturday with a nine-race card highlighted by one of three stakes during the meet, the $100,000 Bertrando Stakes.

The one-mile event for 3-year-olds and up that drew a field of six California-bred or California-sired runners.
Among those entered is 11-year-old fan favorite Soi Phet, who will close the curtain on his amazing career in which he earned over $1 million and won 15 races. After he runs his 64th and final race Saturday, the gelded son of Tizbud will head to Old Friends Farm in Kentucky where he will be able to greet his many admirers on a year-round basis.

After the two-day opening weekend, live racing will be conducted on a Thursday-through-Sunday schedule. There will be a special holiday program on July 4. Post time is 1 p.m. PT through closing day, July 14.

On July 6 and July 13, the track will offer live-money handicapping contests with as many as eight entries to the 2020 National Handicapping Championship in Las Vegas up for grabs. 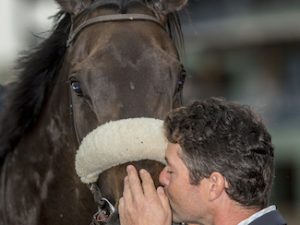 The Great Lady M, which was named for the Icecapade mare who won multiple stakes events in California for Hall of Fame trainer D. Wayne Lukas, will be run on Saturday, July 6. Known as the A Gleam Stakes before moving, some notable names who have won include Marley’s Freedom a year ago, Skye Diamonds, Finest City, Alphabet Kisses, Dream of Summer, Honest Lady and Oustandingly.

The Los Alamitos Derby, set for Saturday, July 13, was once known as the Swaps Stakes and named for the 1955 Kentucky Derby (GI) winner. In 1977 champion J.O. Tobin delivered the previously undefeated Triple Crown champion Seattle Slew his first loss and since then, some pretty famous names in racing history have won the race, including Precisionist, Prized, Best Pal, Thunder Gulch, Free House, Shared Belief, Accelerate and West Coast.