Each year since 1971, Eclipse Awards are given to the elite runners from each division, as well as to racing’s top owner, breeder and jockeys. The awards, which are named for foundation sire Eclipse, are voted on a three-body panel consisting of the National Thoroughbred Racing Association (NTRA), the National Turf Writers and Broadcasters Association (NTWAB), and the Daily Racing Form (DRF). But even before the awards were known as Eclipses, championship honors were handed out via various polling entities.

And throughout history a total of 64 Kentucky Derby winners have been crowned champion 3-year-old.

Additionally, 78 juvenile champions made the gate for the Kentucky Derby with 21 wearing the garland of roses after crossing the finish line in front. The most recent 2-year-old champion to win the Derby was Nyquist in 2015.

Every one but one of the 13 Triple Crown winners was crowned Horse of the Year, the only exception was Omaha in 1935. He lost the title to the 4-year-old Discovery, who won 11 of 19 starts that year, and defeated Omaha in that year’s Brooklyn Handicap.

So far, 36 Kentucky Derby winners are members of racing’s Hall of Fame.

In the 146 previous runnings of the Kentucky Derby a total of 1,923 3-year-olds have loaded into the Churchill Downs starting gate on the first Saturday in May, with names representing each letter of the alphabet, except X. Horses beginning with “S” lead the way with 19 winners, while there haven’t been any winners at all whose names begin with the letters “Q” or “Y’. This year, 11 letters are represented in the field of probables, three are “A”, three are “M” and three are “S”.

There have been 109 Kentucky Derby starts for horses beginning with letter “T”, from those 109 starts, just 5 (4.5%) have come through with the victory on the Run of the Roses. Today, Tiz the Law won’t just have against him his post position (no horse has won from post position 17), but he will also have to go against one of the top 2 worst win rates by a beginning letter of a Kentucky Derby Horse.

Expert prediction: Tiz the Law will come through and continue his quest for a Triple Crown.

RELATED: Heptadecaphobia In The Kentucky Derby 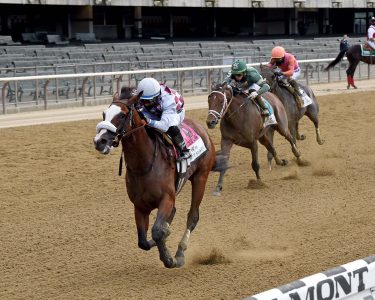