Kentucky Derby Postponed: From May 2 To September 5, 2020

Kentucky Derby Postponed: One of the most popular events in sports has been rescheduled from its traditional date on the first Saturday in May to Saturday, Sept. 5 due to health concerns regarding the coronavirus. 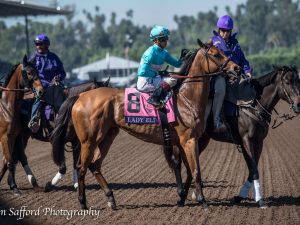 “Throughout the rapid development of the COVID-19 pandemic, our first priority has been how to best protect the safety and health of our guests, team members and community. As the situation evolved, we reached the difficult conclusion that we needed to reschedule. At no point did we ever consider canceling the Kentucky Derby.” Bill Carstanjen, CDI’s CEO said.

This is the first time in 75 years the Derby won’t be held on the first Saturday in May. In 1945, the government banned horse racing during World War II, and was lifted on V-E Day, which was May 8, and the race was run on June 9.

This is so much different. First of all, who knows whether that date will work?

In a note at the end of the release, there is information regarding legal issues of putting out “forward-looking statements,’’ a part of it stating “we can give no assurances that such expectations will prove to be correct.”

On a conference this morning, CDI officials said it will add new Derby qualifying-points races, and that current points count.

Five-time Derby winner Bob Baffert, who currently trains three of the leading contenders in Authentic, Nadal, and Charlatan, said the change is not “optimum,” but there are much bigger concerns.

“What’s more important right now is normalcy coming back, in our lives, in in America, and in racing, and it’s something that we never really thought about,’’ Baffert said in an interview with WLKY posted on Twitter. “ … changing the date. I don’t know. It’s probably not the optimum time. We had these horses getting ready and prepped for these races, but at the end of the day it’s just a horse race.

“And I worry more about people that have jobs they are losing … Hopefully this thing will pass and I’m just for right now going along with what they think. I’m sure they’re thinking about health comes first. The Derby, at least it’s not canceled and that’s a good thing. I’m sure they’ll work it out.”

With the change, Kevin Flannery, president of Churchill Downs, said while the decision has been made regarding the first leg of racing’s Triple Crown, discussions are underway between the Preakness , the Belmont Stakes and NBC (which televises all three races) to work on rescheduling dates. The idea would be to have the same Triple Crown setup between races.

A statement released Tuesday by the Maryland Jockey Club said: “Our first priority in these difficult times is the health and welfare of our industry participants and the public at large. We are working with state and local governments, our industry participants, media and other affiliates to determine the most appropriate time to conduct the Preakness Stakes.

While we are mindful of the challenges these times present we also know that events like the Preakness Stakes can help restore our sense of place and economic well-being to our communities and state. As soon as we have further clarity on these matters we will inform all.”

The New York Racing Association, which operates Belmont Park, also issued a similar statement: “NYRA is working closely with all appropriate parties, including media rights holder NBC Sports, to make a determination about the timing of the 2020 Belmont Stakes.

As the coronavirus pandemic continues to upend American life, decisions about large-scale public events must prioritize public health and safety above all else. NYRA will deliver an announcement only when that process has concluded to the satisfaction of state and local health departments. The Belmont Stakes is a New York institution with wide-reaching economic impact. We look forward to its 152nd edition in 2020.”

In the past few days, two Derby preps offering qualifying points were canceled. Sunland Park in New Mexico canceled its race meet (and the Sunland Derby), and Keeneland canceled its lucrative spring meet (and the Blue Grass Stakes).

The Louisiana Derby, scheduled to be run Saturday at the Fair Grounds in New Orleans without spectators, is the next Kentucky Derby prep.

The Derby postponement follows the lead of some of sport’s showcase events, such as the Masters golf tournament and the Boston Marathon. Also, the NBA and NHL seasons have been suspended, the NCAA canceled all of its spring sports, including the men’s and women’s basketball tournament, and Major League Baseball has postponed opening day. Golf, soccer, tennis tournaments and auto races around the world also have been canceled or postponed.

Kentucky Derby Postponed: More details on the changes are expected to be released in the coming weeks, follow us for more!