So, why is he running in the country’s most prestigious race? Well, Dallas Stewart ran second with back-to-back long shots in the Derby — Golden Soul (34-1, 2013) and Commanding Curve (37-1, 2014) — but if this struggling gelding did that, it would be a miracle.

He ran seventh in his two most recent starts, the Indiana Derby (G3) on July 8 and the Ellis Park Derby on Aug. 9. At least he had a decent workout — 4 furlongs in 48.40 seconds at Churchill Downs on Aug 21 – sixth fastest of 46 at the distance. 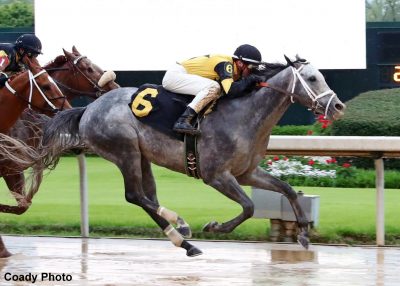 Notes: Joe Rocco, Jr., rode in one Derby previously, finishing 17th aboard Vinceremos in 2014; Dallas Stewart returns with a Derby starter for the sixth time, his first Derby starter was Kimberlite Pipe (sixth) in 1999, and his most recent starter was Tom’s Ready (12th) in 2016.