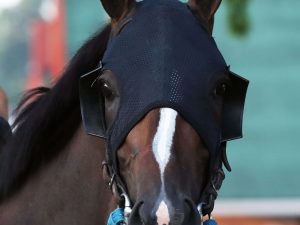 A grinder, Max Player ran respectable thirds in the Belmont Stakes (G1) and Travers (G1) while never looking like he could win either race, beaten by a total of 12 3/4 lengths.

Strength is his stamina; weakness is lack of speed and acceleration.

Switched from Linda Rice to Steve Asmussen, who despite more than 8,950 wins is a record 0-for-20 in the race every trainer wants most.

Never off the board in five races, Max Player is a must-use underneath in trifectas and superfectas. Can’t imagine him winning.

After breaking his maiden at Parx in his second start, the colt won the Withers (G3) at Aqueduct on Feb. 1, with his next start the Belmont 4 ½ months later.

Worked twice at Churchill Downs for Asmussen, most recently on Aug. 24, going 5 furlongs in 59.60 seconds, second fastest of 48 at the distance.

Pedigree: Honor Code-Fools in Love, by Not for Love

Notes: This is really Linda Rice’s horse, but Asmussen is listed as the official trainer for the Derby (change was made due to Rice’s training commitments in New York) … Hall of Famer Asmussen is looking for his first Derby win (20-0-2-2) … Only five other trainers have had more starters than Asmussen, and all have at least two Derby wins on their resume … His two runner-up finishes were Nehro (2011) and Lookin at Lee (2017) … Ricardo Santana, Jr., is Asmussen’s go-to rider; this will be his sixth Derby – his best finish was eighth with Plus Que Parfait in 2019 … Had his best year in 2019, with 190 victories and more than $16 million in purses earnings (won Grade 1 Breeders’ Cup Sprint aboard Mitole in 2019).