Keeping Up With The Kentucky Derby Field: Concert Tour Out

The field for the 147th Kentucky Derby (G1) lost a top contender on Saturday morning with the withdrawal of trainer Bob Baffert’s Concert Tour from consideration. 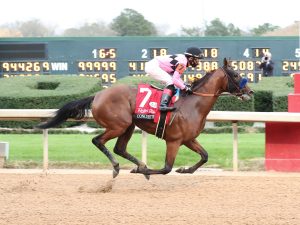 “Concert out. Wait for Preakness,’’ the six-time Derby-winner sent in a Twitter message to Churchill Downs.

Baffert is now down to one Derby starter in Medina Spirit after several of his other contenders were recently pulled off the trail — Life Is Good, Hozier, and Spielberg.

Concert Tour won his first three starts, including the Rebel Stakes (G2), but ran third in the Arkansas Derby (G1) on April 10 behind Super Stock and Caddo River, an effort that had Baffert considering skipping the Derby. The move, at least for now, leaves top rider Joel Rosario looking for a Derby mount.

The decision comes after several other potential starters were recently declared out of the race, including Blue Grass (G2) third-place finisher Rombauer and UAE Derby (G2) runner-up Panadol.

The revamped top 20 leaderboard for the Run for the Roses now includes O Besos, who moves up to No. 20. Hidden Stash is now No. 18, and Dream Shake is No. 19.

The Derby is limited to 20 starters based on qualifying points offered in 35 preps that began Sept. 5 and concluded April 10.

Panadol, a New York bred, is trained by Dubai-based Salem bin Ghadayer and was No. 15 on the leaderboard with 40 points. Rombauer was 19th.

Unbeaten Essential Quality is the likely favorite for the 1 ¼-mile, $3 million Derby. The 3-year-old gray colt is trained by Louisville native Brad Cox, looking to win his hometown race in his first Derby attempt. He also could saddle two other starters, Caddo River and Mandaloun.

On Saturday at Churchill Downs, Essential Quality posted a 5-furlong work in 59.60 with regular rider Luis Saez aboard. Also working on Saturday were Mandaloun (6 furlongs in 1:11.40) and Soup and Sandwich (5 furlongs in 59.59).

The post-position draw is Tuesday (April 27).

Of course, the field could change again at any minute, but for now here’s latest update released Friday by Churchill Downs:

Likely starters (in order of preference)

Next up (in order of preference)

Get Her Number (TBA, Peter Miller)