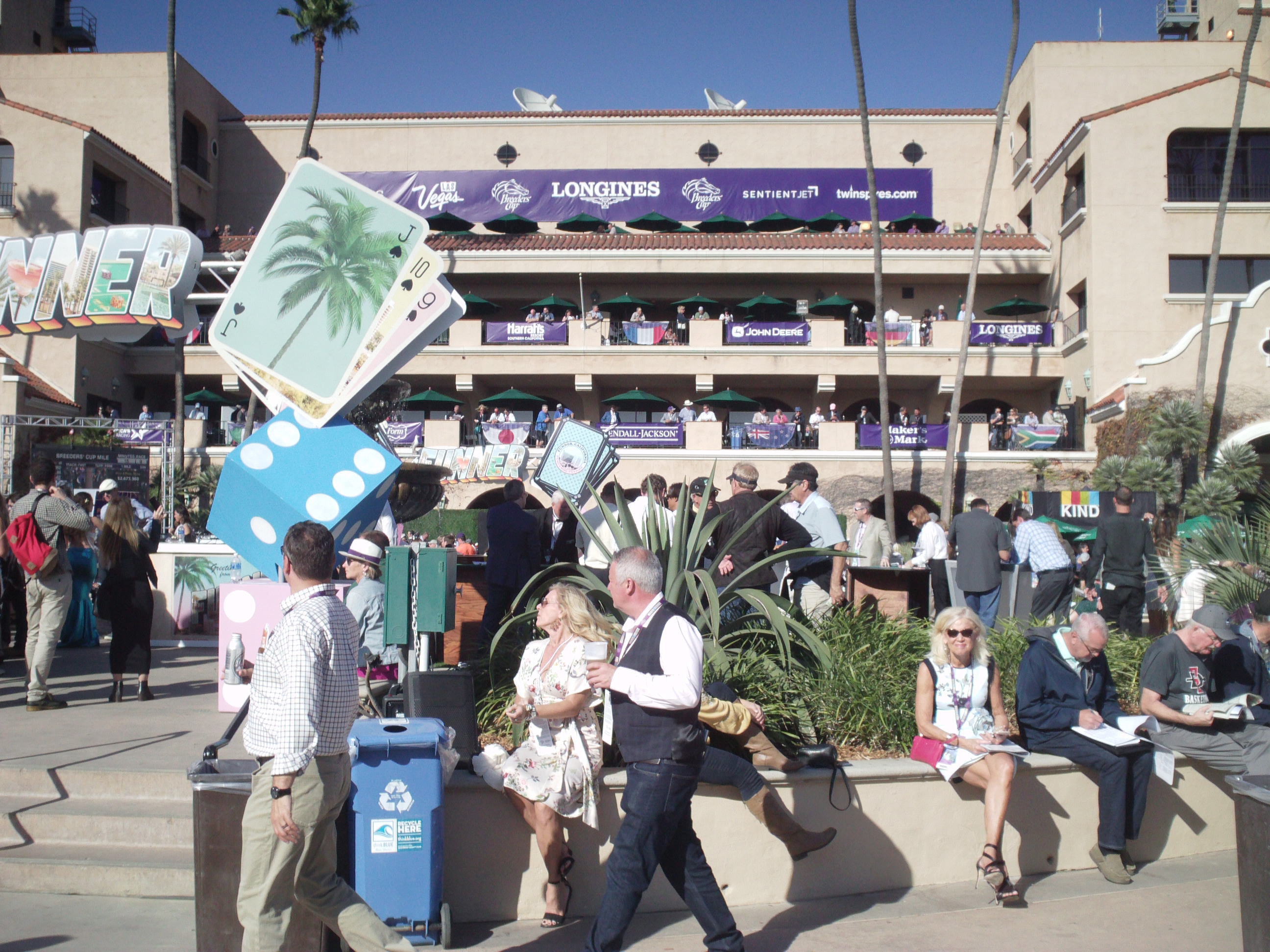 A 10-race card, led by the traditional opening-day feature — the $100,000 Oceanside Stakes for sophomore turf runners — kicks off the 2018 meet at the Del Mar Thoroughbred Club in Solana Beach, California, on Wednesday. The track, where the turf literally meets the surf, was built by Hollywood legend Bing Crosby with his pals, fellow actors Pat O’Brien, Gary Cooper, Joe E. Brown, Oliver Hardy and car dealer/leading thoroughbred owner Charles Howard (of Seabiscuit fame). Del Mar opened its gates for the first time on July 3, 1937, and has been the West Coast summer sanctuary for racing fans and horsemen from around the country.

While the oval, which is situated literally yards from the Pacific Ocean, doesn’t carry as lengthy a history and tradition of its sister summer track Saratoga in upstate New York, it does offer some of its own customs, including a rich stakes schedule and some of the sport’s top runners listed in its record books.

Like last year, a total of 41 stakes races worth $7.3 million are on tap over the 36-day season, led by the $1 million TVG Pacific Classic (G1) on Saturday, Aug. 18. The 1 ¼-mile fixture will be run for the 28th time and is one of the five annual Breeders’ Cup “Win and You’re In” qualifying events held at Del Mar, guaranteeing the winner a spot in the gate for the now-$6 million Breeders’ Cup Classic (GI) at Churchill Downs on Nov. 3.

Nineteen of the stakes will be run on the Jimmy Durante turf course, with the other 22 on the main track. The turf course, which was expanded and totally replaced prior to the 2014 season, will be in full use all summer long, while the main track returned to dirt in 2015 after an eight-year run with the synthetic Polytrack.

“We’re very pleased to be able to offer the same stakes schedule as last year,” Del Mar’s racing secretary, David Jerkens, said. “Some stakes programs across the country are declining a bit, but we are holding the line at Del Mar. We saw a lot of new owners and trainers here last fall because of the Breeders’ Cup and we heard a lot of positive reviews. We’re hopeful some of those outfits will be back for stakes races this summer.”

Klimt in the winner’s circle after capturing the Best Pal Stakes at Del Mar in 2016 (photo by Margaret Ransom).

As always, juveniles are a major part of the summer racing scene at Del Mar — and several stakes for next year’s Kentucky Derby (GI) and Kentucky Oaks (GI) hopefuls are on tap. The CTBA Stakes for California-bred fillies is slated for Aug. 1, while Cal-bred boys take center stage on Aug. 4 in the Graduation Stakes.

Hall of Fame Trainer Bob Baffert has won the Del Mar Futurity a whopping 13 times and is odds-on to have another talented runner this year.

Del Mar’s highly effective “Ship and Win” program, where owners and trainers are given solid incentives to import out-of-state horses to race locally thereby enhancing betting opportunities for horseplayers, returns for its eighth summer at the shore in 2018 with yet another bonus to attract shippers.

For 2018, the “Ship and Win” payout has grown to $2,000, while the 30 percent first-race purse bonus again will be in place. As has been true since its inception, Del Mar works in conjunction with the Thoroughbred Owners of California in formulating and actualizing the program.

“This has been a wonderfully successful program for our horsemen, for Del Mar and for all of California racing,” said Jerkens. “We’re approaching 1,000 horses brought into the state utilizing ‘Ship and Win’ and they’ve made thousands of starts at all its major racetracks. When these horses come our way, we find they almost all stay in the state. We added to the bonus money again this year to make it even more lucrative to those willing to step up and we’re hoping to see another increase in new stock at our summer meeting.”

There are only a few basic rules for “Ship and Win” horses: an eligible horse must have made his/her last start outside California and cannot have raced in the state within the past 12 months. First-time starters are not eligible. All stakes runners are eligible to receive the $2,000 starter fee, but no stakes runners — including overnight stakes — are eligible for the 30 percent first-race purse bonus.

Del Mar’s betting menu, which last year offered 14 different wagers for horseplayers, will grow by three new bets this summer. The track’s wagering roster, which starts with the traditional win, place and show wagers and expands out to several five- and six-horse combinations, now will tack on some exciting new exotics:

In addition to its new early pick-4, Del Mar will continue to offer its usual pick-4 on the last four races on the day’s card — a bet that regularly registers $1 million-plus pools on weekends. The late pick-5 also will be similar to the track’s early pick-5, and the win, place, show parlay will be presented using the standard single-bet takeout of 15.43 percent instead of a multi-bet takeout that goes above 20 percent.

Del Mar will continue with its $2 pick-6 on all racing days, along with the “Single Ticket Jackpot” addition, which was introduced during the 2016 fall season. For this wager, a separate pool accumulates alongside the regular one if nobody hits the bet as a lone ticket holder.

Del Mar will again offer schedule two mandatory payouts on the Jackpot pool on TVG Pacific Classic Day, Saturday, Aug. 18, and on closing day, Monday, Sept. 3. A pick-6 winner on either of those dates would share not only in the regular pool, but also the full Jackpot pool besides. Consolation tickets will also share in the Jackpot payout.

“We’ve got something for everyone this year,” Del Mar’s Director of Mutuels, Bill Navarro, said. “And with the updated tax wagering rules (installed at the end of 2017) that have significantly reduced IRS reporting and withholding now firmly in place and expediting betting on all fronts, we’re expecting a fine summer at the pari-mutuel windows all around.”

Del Mar will run on a five-day schedule, Wednesday through Sunday through closing day on Monday, Sept. 3. Post time every day is 2:00 p.m. PT except on Fridays after opening day when post time will be 4:00 p.m. PDT.