Heptadecaphobia In The Kentucky Derby

Seventeen. It is also considered unlucky in Italian culture when viewed as the Roman numeral XVII and changed around to VIXI it translates from Latin as “I lived.” If you are heptadecaphobic, you are scared of it.

Seventeen. It is not always bad though. 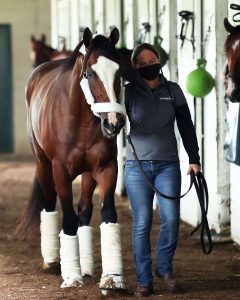 It is a prime number. It is the atomic number of chlorine. It is the number of NBA championships that the Boston Celtics have won. It is the number of syllables in haiku. The great Bob Gibson set this record when he struck out this many Tigers in Game 1 of the 1968 World Series and played the same number of seasons for the St. Louis Cardinals. Chris Mullin wore this number which is now retired with the Golden State Warriors.

It is also the only post position in the Kentucky Derby to never produce a winner. In 2018, I first wrote about it, however this year with heavy favorite Tiz The Law set to start from that cursed spot, it was time to revisit it.