As if there were any doubt, potential superstar Tiz the Law is the horse to beat in the $1 million Belmont Stakes after he was made the solid 6-5 morning-line favorite Wednesday in a field of 10 for what will be this year’s first leg of racing’s Triple Crown.

With the rescheduling of the traditional Triple Crown series – the Kentucky Derby (G1), Preakness (G1) and Belmont (G1) – due to the coronavirus pandemic, this 152nd running of the Belmont on Saturday could see a New York bred win the race for the first time since 1882.

Tiz the Law, purchased for $110,000 by the same Sackatoga Stable that owned 2003 Derby and Preakness winner Funny Cide and trained by the same ol’ Barclay Tagg, drew the No. 8 post and will be ridden by Manny Franco.

“It could have been worse,’’ Tagg said after the draw. “I was hoping for five through seven, something like that, but we’ll take eight.”

Winner of the Florida Derby (G1), Tiz the Law and Tagg are happy to be back in New York.

“He does everything the way we ask him,’’ Tagg said. “He’s very healthy and content. He does his works. We’re pleased with him.”

Manny Franco will aboard for his first Belmont. Racing at Belmont Park is being conducted with no spectators as NYRA followings federal, state and local safety protocols.

The Belmont, which usually completes the Triple Crown series that lasts five weeks at three tracks and is known as the “Test of the Champion,’’ has been shortened to 1 1/8 miles from its traditional 1 ½ miles over the Belmont Park track aka “Big Sandy.”

Nonetheless, Tiz the Law comes into the race with four victories in five starts, including a visually impressive win in the 1 1/8-mile Florida Derby on March 28. He recently returned to New York, where he has been training solidly under the watchful eye of Tagg, who is in his 49th year as a thoroughbred trainer.

Sole Volante, winner of an allowance optional claimer at Gulfstream Park on June 10, is the second choice at 9-2. The gelding trained by Patrick Biancone drew the No. 2 post and will be ridden by Luca Panici.

Dr Post, one of two Belmont starters for trainer Todd Pletcher, is the third choice at 5-1 with Irad Ortiz, Jr., and leaving from the No. 9 post.

Max Player is conditioned by Linda Rice, looking to become the first female trainer to win the Belmont. 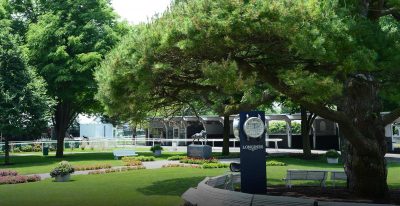 “We’re looking at 4 ½ months (since his last start) so I’m excited about him running this weekend,’’ Rice said. “He’s dramatically in his training over the last 60 days … Barclay and I were fighting over 5-6-7 (posts). He got outside and I got inside. My horse is a closer so I think that will work.”

Over the last two weeks, a trio of unbeaten Belmont contenders – Bob Baffert’s duo of Nadal and Charlatan and 3-0 Maxfield – were sidelined by injuries. Even so, Tiz the Law still might have been the betting favorite in New York.

“Tiz the Law has been the best 3-year-old since January basically and he remains that,” retired jockey-turned-NBC Sports analyst Jerry Bailey said on a conference call this week. “He would’ve been favored in whatever Triple Crown race we ran first, so we have a superstar that we’re going to see on Saturday.”

The field may not have all the top-rated Derby horses, but this is a year when it’s tough to figure out who’s hot and who’s not. While Sole Volante ran just a week ago, it’s been more than 2 ½ months since Tiz the Law raced, and 4 ½ months since Max Player won the Withers (G3).

“Barclay has already proven that Tiz the Law can run well off the layoff,’’ Jack Knowlton, managing partner for Sackatoga Stable said this week. “He’s won off eight- and nine-week layoffs this year, and this one is a little bit longer.”

In this unusual year, the Belmont is a Derby-points qualifier with a distribution of 150-60-30-15 going to the first four finishers. The Derby is scheduled for Sept. 5 and the Preakness for Oct. 3.