Welcome back Big Sandy. We sure missed you. 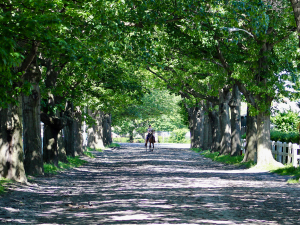 Racing resumes at Belmont Park on Wednesday, yet another sign that the game is gradually coming back to life.

Think of the sport as a four-legged table with New York, Southern California, Kentucky and Florida providing the primary supports.

Gulfstream Park and Oaklawn Park were the only significant racetracks operating during the depth of the coronavirus crisis. The table wobbled, but it did not fall.

Racing has already been buttressed by the reopening of Santa Anita and Churchill Downs. Here comes the final critical piece, Belmont Park with a 10-race card starting at 1:15 p.m. (ET).

Of course, it’s a different sport now run under very different circumstances. No fans will be allowed into the cavernous grandstand. No owners either.

It’s a simulcast-only world. Given the alternative of no racing at all, we will gladly accept what we can get. Racing from Belmont will be broadcast by Fox Sports and the MSG Network

Racing is essentially a zero-sum game with respect to the available horse population. The Belmont revival will most likely have the biggest impact on Gulfstream.

The quality of the racing at Hallandale Beach remained very strong even after the conclusion of the Florida Derby and the “Championship Meet.” With no racing option available in New York, many Belmont horsemen extended their stays in Florida. The traditional migration North in March and April is now underway.

“Thankfully, we’re back racing,” said trainer Chad Brown. “I know the management has worked extremely hard to get racing back going, which I know myself and the rest of the horsemen are really appreciative for. I’ve been back in New York now for a couple of weeks and I feel they’re really doing a great job of keeping the backside safe. I feel very comfortable training here. There’s a lot of people doing a lot of hard work to get racing up and going again and I’m really looking forward to it.”

For those trainers who remained in New York, the Belmont opener is a welcome and overdue reward after suffering a seemingly interminable shutdown.

When Aqueduct shut down in mid-March, there was no clear path to resumption. The region is the national epicenter of the coronavirus, so an overabundance of caution was, and remains, the rule.

Life continued on the backstretch, with all of the current precautions (masks, enhanced hygiene, social distancing) in place. One stable hand did succumb to the virus.

Even with no racing, all the horses on the grounds still had to be fed, groomed and exercised. If there is an upside to the shutdown, consider this: many of the lower-level horses enjoyed enforced freshenings and should benefit from the unanticipated break in the normally relentless New York racing calendar. 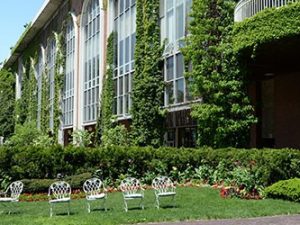 And now Belmont is back, for an abbreviated 25-day meet with an abbreviated Belmont Stakes, trimmed from the traditional 1 1/2 miles down to 1 1/8 miles on June 20 to kick off an out-of-sequence Triple Crown.

Belmont purses will be lower and the stakes program has been trimmed, a policy likely to remain in effect until such time the casino at Aqueduct reopens.

The resumption of racing at Belmont is certainly heartening news for racing fans who feared the shutdown in New York would extend all the way to, and through, the Saratoga meet scheduled to start July 16.

The opening day card is a winner with understandably large fields for many races and a stellar stakes feature: the $100,000 Beaugay (G3) for fillies and mares on the turf with a lineup that includes Grade 1 winners Rushing Fall (6-5) and Got Stormy (7-5)

Rushing Fall has the rail in the six-horse field for Brown. The 2017 Breeders’ Cup Juvenile Fillies Turf (G1) winner makes her first start since October for a conditioner who excels in winning grass races with horses coming off long layoffs.

Brown also excels in the Beaugay, having won three of the last five renewals.

Rushing Fall’s biggest edge could be the distance with a mark of 2-1-0 in three tries at 1 1-16 miles on the grass.

“She’s had an extremely consistent career and she’s training as good as ever right now,” said Brown.

If this race was a flat turf mile, there would be little separating Rushing Fall from Got Stormy, a two-time Grade 1 winner at that distance last year.

The extra sixteenth in the Beaugay is an issue for Got Stormy, winless in four tries at this distance.

Call Me Love, Passing Out and Xenobia complete the field.