Preakness Stakes Preview and Past Performances 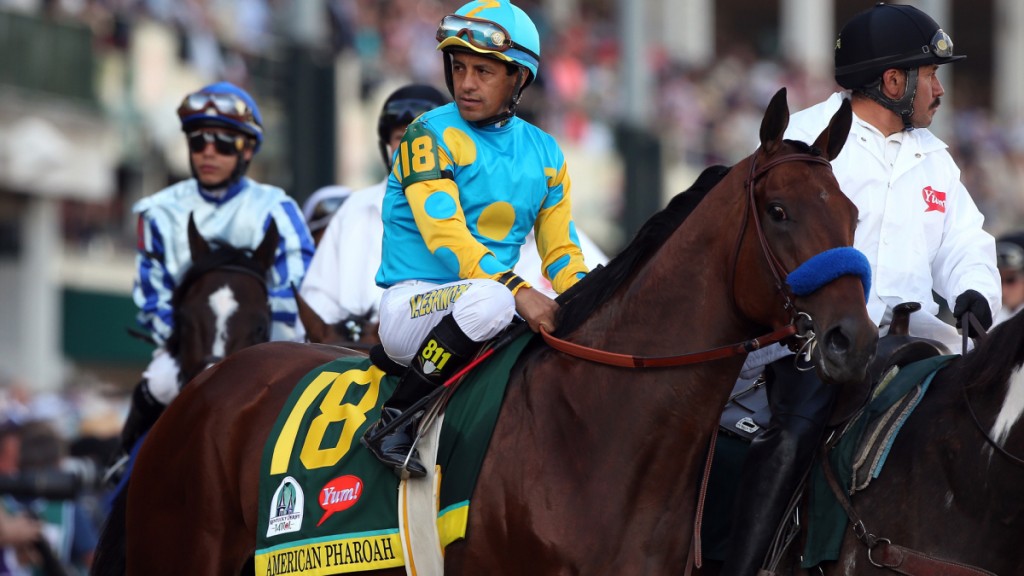 American Pharoah won the Kentucky Derby, yet didn’t look unbeatable, as he had in his previous races. His trainer says he struggled. His jockey went to the whip about 30 times to urge him on in the stretch. His owner says the Derby wasn’t even close to his best effort.

Now it’s time for the Preakness, where a victory Saturday would set up American Pharoah for a Triple Crown chance at the Belmont Stakes in three weeks. It also would give trainer Bob Baffert an unprecedented fourth Triple try.

Is American Pharoah up to the task?

Download the Past Performances provided by Brisnet in PDF.

Watch the Preakness on Television

Good Luck at the Races