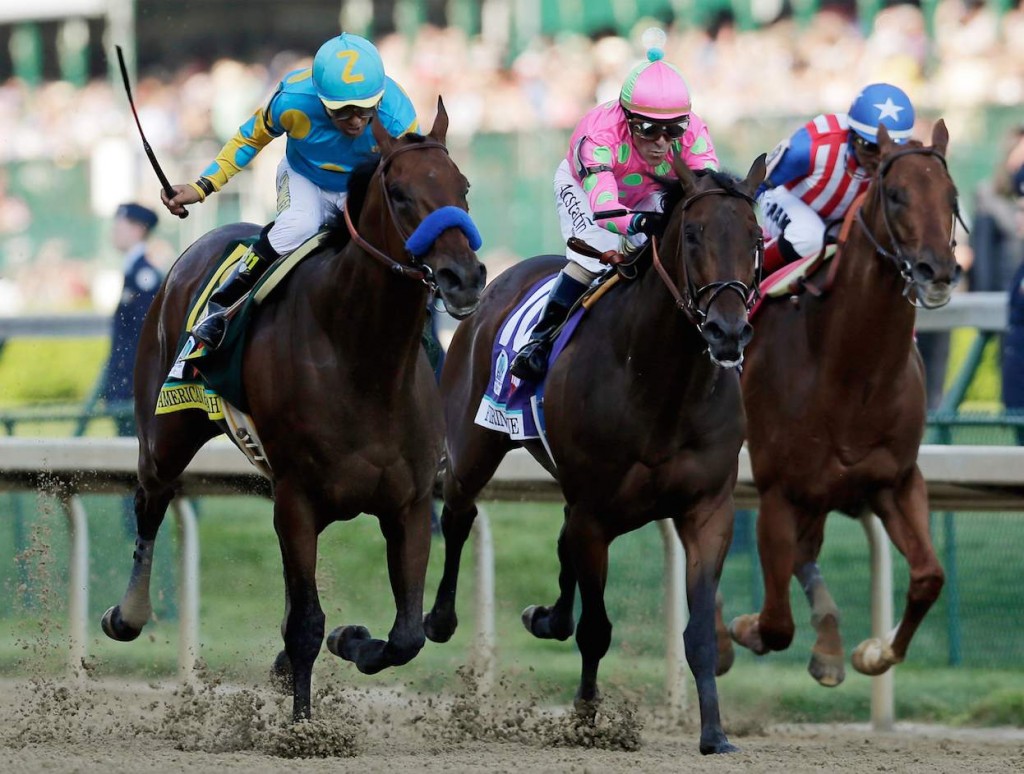 Will Preakness Stakes have the same finish as the Kentucky Derby?

The post positions have been drawn and American Pharoah finds himself in lane 1 with his stablemate, Dortmund in 2.  Firing Line with Gary Stevens– he of a new knee?  They are sitting on the outside at 8.

Generally speaking, nobody wants to be crowded on the insider– unless you happen to be Cavil BoRAIL.

The Preakness is shorter than the Kentucky Derby and with a smaller field of horses (The Kentucky Derby typically has 20 horses running for the roses in early May.) are there advantages to one post over another?

Will it matter that many people feel that American Pharoah was whipped 31 times too many and he will show it on Saturday?

Firing Line seemed to have an effortless ride and Gary Stevens is arguably the best tactician of any jockey competing today.  He also has some experience at the Preakness Stakes, too.

Many people will box a trifecta with the same horses that finished in the top three positions at the Derby; the value won’t be there because nearly everybody is likely to make this bet.  I like American Pharoah, Firing Line, Dortmund and Divining Rod.  (Special props to Terry C!  I think I was drinking a back eyed susan when I tried to spell Divining Rod the first time.) I’m also partial to Firing Line, Dortmund and American Pharoah.

If big American Pharoah isn’t a fluke, then the first post position won’t make a difference.

And, and. . . . and if American Pharoah can win the Preakness with no injury, then I will go on record to say he will win the Belmont.  He is a gutsy horse.  Let’s hope and see.  Anyway you bet– have fun, enjoy the black eyed susans and enjoy the weekend!