In the days leading up to the $12 million Dubai World Cup at Meydan Racecourse in Dubai, United Arab Emirates, on March 27, usracing.com is profiling the contenders for the 2,000-meter (about 1 ¼ miles) race. The profiles will be updated with odds, post positions and jockeys following the post-position draw scheduled for Wednesday (March 24). 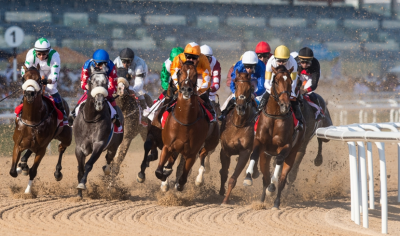 He’s earned over $1.5 million, and he’s certainly shown his willingness to go a distance, at least on the turf. So, what the heck, why not send out Gifts Of Gold in the $12 million Dubai World Cup (G1) on his home track, Meydan Racecourse?

After all, the 6-year-old is trained by Saeed bin Suroor, looking for his 10th World Cup win, and is owned by Sheikh Mohammed’s Godolphin operation.

“We are very happy with him, he will canter for the rest of the week and we are just hoping for a good draw now,’’ bin Suroor said.

In the Red Sea Turf, Gifts Of Gold got off to a slow start, but ran comfortably behind the leaders before making his winning move with about a furlong to go in the long-distance race.

“This was the plan since January when racing started in Dubai,’’ bin Suroor said after the race. “I thought he would be the perfect horse. He’s a big strong horse and he ran well. The pace of the race wasn’t that fast and that suited him, and he finished the race off really well.”

Notes: Before his win in Saudi Arabia, Gifts of Gold finished 11th in the Maktoum Challenge Round 1 (G2) on Jan. 21, well behind Military Law, Thegreatcollection, and Salute The Soldier – three horses he will face again in the World Cup … Gifts Of Gold was bred in Ireland and purchased for $300,580 at the Goffs November Foals Sale … None of his four wins have come at Meydan, where he is 0-for-5 … Cosgrove was aboard for the win in the Red Sea Turf.